Q: If juvenile offenders learn to read can juvenile crime be prevented?

Learn to read and many juvenile offenders can reach a turning point.  How many of us think about the number of juveniles incarcerated in detainee facilities?  Recidivism rates among juveniles is very high.  For many, it is a revolving door.  What happens to them after they reach the age of 18?  Many return to the adult prison system.  According to reports from the Bureau of Justice Statistics, there are 2 . 7 million children who have a parent incarcerated.

Statistics show that not learning to read is a major, if not THE major, problem that juvenile offenders face when they attend school.  When students fail to achieve reading success in the school environment, they often times choose to search for some other area in which to excel.  Many drop out due to chronic academic and behavioral difficulties, truancy, grade retention, suspension and expulsion. These students would rather drop out and engage in other negative social behaviors rather than be labelled ‘dumb’ and ‘bullied.’  Deviant behavior is preferable to the blow to their self-esteem!  Wow, how they have been let down.  Once on a deviant path…drugs, gangs, and violence creep in.

Would it not be cheaper to spend money to teach these children to read early in their academic career instead of the cost of incarceration and loss of productive contribution these kids could be making in their adult years? Data supports that those who do not complete high school will earn from $400,000-$500,000 less in a lifetime than a high school graduate.

I have been a volunteer reading specialist in my own local, juvenile detention facility working with juvenile offenders to help them learn to read.  I recently became aware of a great project called “The Storybook Project” hosted by Visiting Nurse Services of Iowa.  The goal is to get lots of donated picture books for the parents who are incarcerated in their local prisons.  “The number of kids with incarcerated parents has increased nearly 80% in the last 20 years.” [Bureau of Justice Statistics]  They ask for book donations for the Moms who are incarcerated. Check out this site to help: https://www.facebook.com/PBPiO 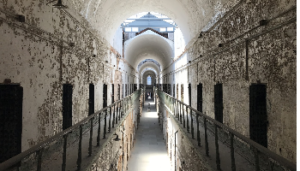 Check with your local facilities to see if they are in similar need.  Ask how you can help?  Let’s get involved.

Buckaroo Buckeye thanks you.

English: A visual representation of states in the United States by number of imprisoned persons. (Photo credit: Wikipedia)

The post: Q: If Juvenile Offenders Learn to Read Can Juvenile Crime Be Prevented? was first published on NutsAboutReading.com

Learn the science behind teaching a child how to read so they can become readers for a lifetime!
Click Here
Scroll to Top